Two Americans were exclusively involved in the fact that the Euphorbia pulcherrima, also known as Poinsettia, is abducted from its Mexican homeland, selected and now sold worldwide.

The common name Poinsettia was named after the American well-educated explorer J.R. Poinsett. He served as the American ambassador to Mexico and was later appointed Secretary of War. As a hobby botanist, Poinsett had an open eye for plants. He discovered the Euphorbia pulcherrima in the area of ​​Taxco and took a few specimens with him for observation, which he gave to his botanical friends. Afterwards, several gardeners claimed to have brought the plant to the market as Poinsettia for the first time.

Later, the American Congress decided to honor Poinsett's death on December 12th (1851). On this "Day of Poinsettia", Americans still present themselves with Poinsettias.

Paul Ecke and his family also contributed a lot to the success and spread. Originally from Germany, the Ecke family built a dairy farm in California and planted cut flowers. They discovered the wild-growing Euphorbia pulcherrima and were convinced that the Euphorbia pulcherrima could be successfully sold at Christmas.

In the 1960s, Paul Ecke Jr., south of Los Angeles, switched his business to greenhouse growing of Poinsettias in pots. Instead of large mother plants by train, cuttings could now be sent by plane for further distribution throughout the country.

At the same time as the production relocation, a successful marketing campaign took place. Thanks to commercials, media and the targeted positioning of plants in TV programs, the Poinsettie gained popularity. This strategy led to it being considered an indispensable Christmas symbol in the US and more countries today.

Tips for a long service life:

Location: light, but protected from direct sunlight
Temperature: 20-22 degrees (from 16 degrees leaf loss)
Water: keep the substrate slightly moist. Best of all: immerse the pot (soak it until no more air bubbles rise) and then let it almost dry out
Fertilization: once a week during flowering 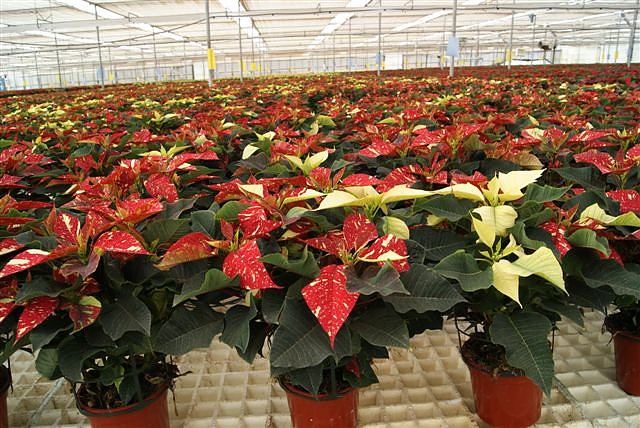 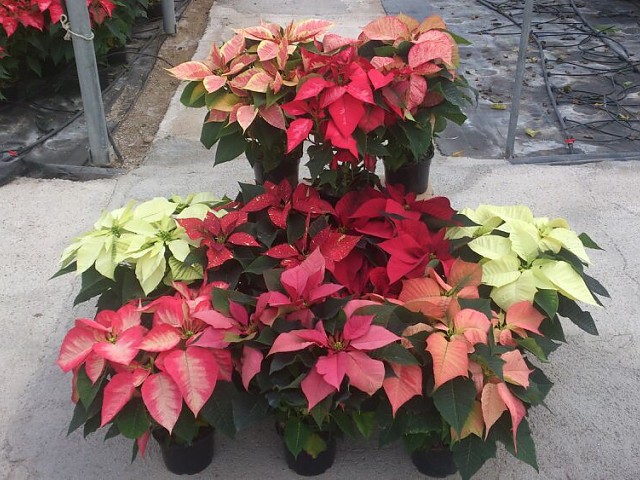